Jeffrey M. Feldman Named to 25th Edition of The Best Lawyers in America© 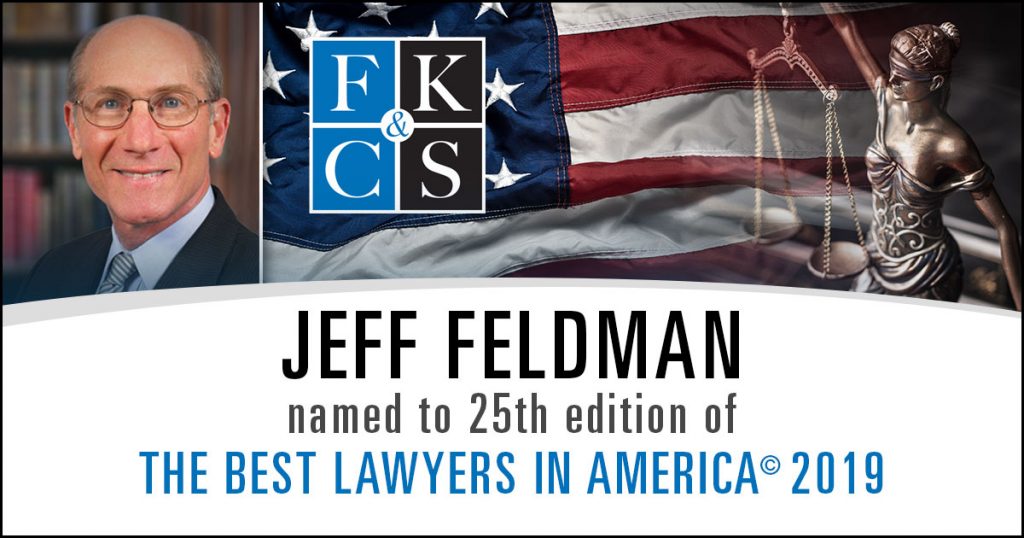 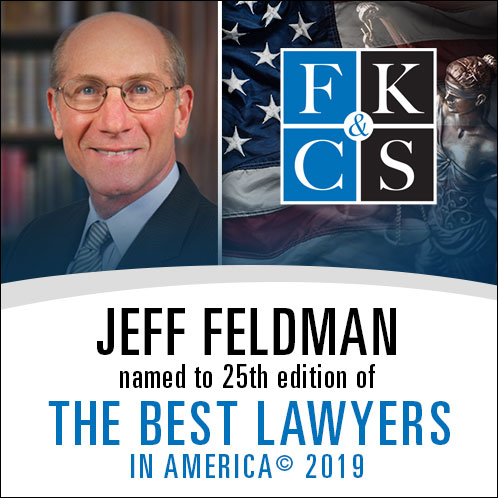 FISHKILL, NY, August 15, 2018 – Feldman, Kleidman, Coffey & Sappe LLP (FKC&S) a Fishkill, New York-based law firm with clients throughout the Hudson Valley and Capital District, has announced that Founding Partner Jeffrey M. Feldman has been selected by his peers for inclusion in the 25th Edition of The Best Lawyers in America© 2019 in the areas of Medical Malpractice Law – Defendants and Personal Injury Litigation – Defendants.

“Best Lawyers® uses one of the most comprehensive processes in our industry, and each honoree is named by peers within the profession,” said Feldman. “I’m truly honored by this distinction.”

Best Lawyers partners with U.S. News & World Report to rank law firms in the United States that have at least one attorney with a Best Lawyers distinction. Jeffrey Feldman has consecutively been named to the Best Lawyers list since 2009 in the areas of Medical Malpractice Law – Defendants and Personal Injury Litigation – Defendants. For the 2019 Edition, 7.8 million votes were analyzed, which resulted in more than 60,000 leading lawyers being included in the new edition. Per the latest survey by the American Bar Association, there are just over 1.3 million practicing attorneys in the U.S.; using that statistic, less than 5 percent of practicing attorneys in the United States are recognized by Best Lawyers.